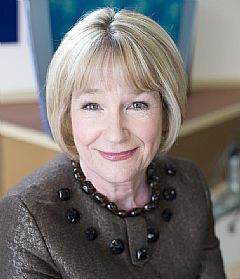 Perhaps best known for her role of Ella Cotter in Rab C Nesbit. Barbara is a consummate actress on television/film and theatre. She started her career as Woman feeding baby in a graveyard in the cult film The Wicker Man. Since then she has been on television almost constantly—in sitcoms and dramas—including Hamish MacBeth, Taggart and very recently on forty episodes of BAFTA-winning series, Katie Morag, playing Grandma Mainland. This year she played a stormer alongside Grigor Fisher in the National Theatre of Scotland production Yer Granny.